The northern half of Richmond Hill is located on a natural feature called the Oak Ridges Moraine which stretches more than 160 km between the Niagara Escarpment and the Trent River.  The Oak Ridges Moraine is known for its varied habitats and geographic features shaped 13,000 years ago during the last ice age.

The Oak Ridges Moraine is special because it provides naturally filtered water for abundant wildlife, surrounding populations, and natural areas.

As part of our five days of celebrations opening ‘A Symphony in Watercolour’, we will visit the Oak Ridges Moraine Parkland and Boardwalk (free activity) from 4-7 pm on Saturday September 29.

Lake Wilcox Park
55 Olde Bayview Ave,
Richmond Hill, ON L4E 3C8
Transportation: If possible we will carpool to this venue.

Take a leisurely walk along the boardwalk. See the sun set over Lake Wilcox, a traditional Kettle Lake on the Oak Ridges Moraine. Opportunities for photography and plein air painting are plentiful. 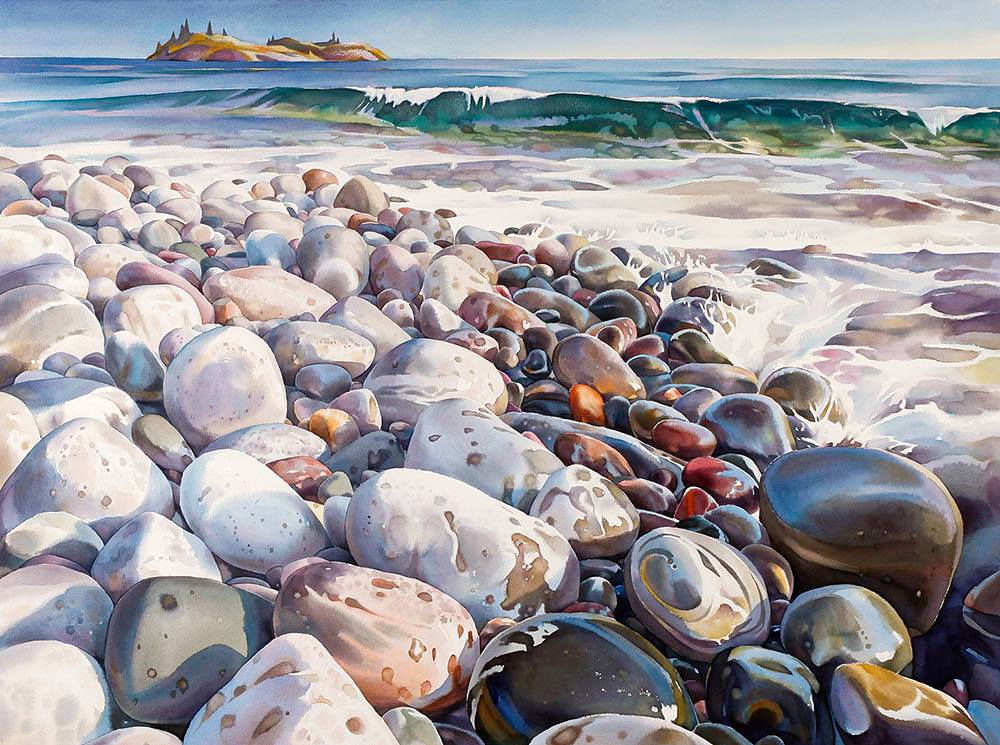 From Antarctica to the North Pole and with great emphasis on the Canadian wilderness, artist David McEown celebrates some of the most beautiful, yet fragile, natural heritage of our planet through the creative act of painting.

After graduating from the Ontario College of Art and Design in 1992, David spent his last 2 years off campus pursuing independent studies at the Algoma School of Landscape Arts based in the remote wilderness of Northern Ontario.  After completing these studies he stayed several more years teaching and wilderness guiding.  For his body of work done in this Lake Superior region steeped in indigenous culture and Canadian landscape painting history, David was awarded the Elizabeth Greenshield Foundation Grant in 1994 and again in 1999.

Also in 1999, he was elected a member of the Canadian Society of Painters in Watercolour for which he served as a director from 2002 to 2007.

David’s work has received national and international awards, in various juried shows.  His most prestigious award came in 2005 with the A.J. Casson Medal from the Canadian Society of Painters in Watercolour.

Since then he has earned a reputation as one of Canada’s most accomplished and travelled landscape watercolourists, represented with paintings in many public and corporate collections worldwide as well as articles published in numerous magazines.

From 2005, David has focused his art on the polar regions, a journey that led him to circumnavigate both the Arctic and Antarctica.  On board research vessels and polar class icebreakers, hiking, and even skiing to the North Pole, he continues to work on a project witnessing and recording the beauty of a world that is rapidly changing and disappearing.

Through the spontaneity of watercolour and letting the forces of nature participate in the painting process, his paintings emphasize the sense of impermanence and change.

David loves to paint on location, a way to meditate and connect with the landscape, but he also loves to share his art in the studio by teaching.  Since 2002, he has been leading workshops at the Royal Ontario Museum, and is sought after by prestigious art clubs in Canada.  Internationally, as part of various artist-in-residence programs, he has been sharing his enthusiasm and unique way of seeing with participants from all over the world.

A talented speaker and performer, David is also very keen to share his passionate multi-media presentations and watercolour demos, hoping to communicate and bring an awareness of the wonders of our planet.

To view his paintings and journeys visit his website

David is also on social media ,

‘A Symphony in Watercolour’